The Good News:
They are all broken for the same reason.
Fix that and you fix them all at once.

Solution:
Improve quality and speed of the feedback loop between people, money and elected leaders.

Instead of counting stars, hearts or emojis, Physix uses the spectrum for feedback.
Do you like it or not? Is it cool, or not?

With shared metrics across all languages and cultures, the patterns of preference and belief are visible and calculable. Physix is the missing link for AI to reason like a human.

The tech is presented with an ethical license: >=10% of profits derived from the algorithm will be spent publicly and the money followed: the effects recorded as socioeconomic problems are addressed: The Physix PerpetuaLicense and Ideological Money Pump.

Physix was conceived by Dr. Dan, a native of Dover-Foxcroft. Currently all development is overseas.

There are apps to be developed and board games that can be made from Maine wood, decorated by Maine artists and sold worldwide.

To Maine Senators King and Collins:

An introduction to Physix.

An announcement from Governor Mills or Paul LePage would bring national and global attention and billions in venture capital.

Portland could become a major Tech hub of the East and pay enough tax for the rest of the state. 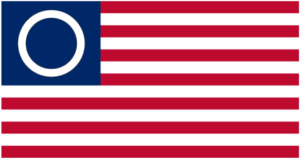